Siviglia and the warriors.

I’ve always been fascinated by armored battles since I was a child.

When I was 6-7 years old my parents took me every year to San Matteo Hospital in Pavia for health checks.
When I was a child I suffered a lot because I couldn’t walk, but I prefer to talk about this sensitive story another time. In Pavia all my family were guests of my father’s brother and his family in the city of Legnano.

Their home was in Piazza Monumento, where there is a statue by Enrico Butti, a bronze monument representing a warrior soldier with the sword facing the sky as a sign of victory. I still remember what I felt while observing the statue of this warrior

I was fascinated by the Legnano warrior because, inside me, I also felt like a little warrior who was fighting his illness. The fact that I could not walk gave me the strengh to dream a great fantasy, in fact I was always fantasizing about battles against the wicked, soldiers on horseback in armor and with swords.

I remember that one year we were in Legnano during the Palio, everyone was dressed in storical costums, there were the Knights on Horseback and the flag-waving parade.

Over the years I have seen other festivals in this style, for example in Alcoy in Spain, the Moors against Christians, a festival dedicated to Saint George, which represents the historical battle of Christians who expelled Muslims from Spanish territory.

Another very beautiful icon that I really like are the Sicilian puppets, warriors used by puppeteers to entertain the public or as a social condemnation against evil.

On this page you can admire several paintings that I have made over the years, they represent warriors on horseback with armor, colored paintings with white horses and soldiers with swords and spears fighting against evil.

Various works are ideal for decorating hotels and B&Bs but also for houses with classic and modern furnishings.
Many of these modern paintings were made by inserting Sicilian puppets and other symbols of Sicily.

The puppets and the symbol of Trinacria, warriors and soldiers on horseback, were the imaginary friends of my childhood, because with my disease I couln’t use my legs, I had many battles with them and I never give up. I particularly remember one day of my childhood when I went up a green hill, with a white horse and a red saddle, and raised my victory flag shouting to everyone “Mum I won!”. 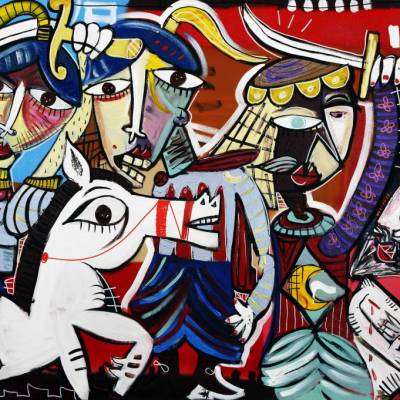 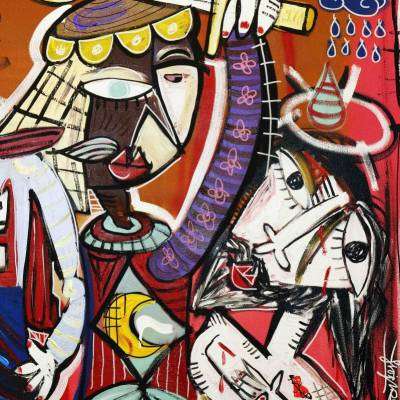 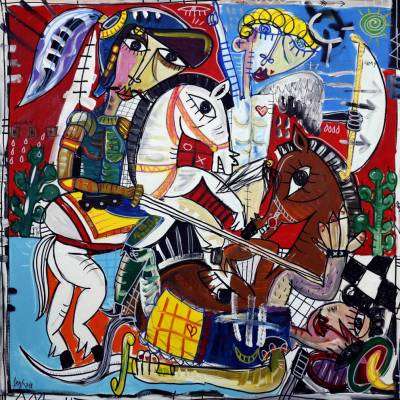 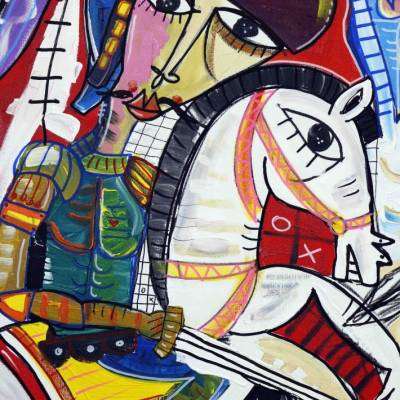 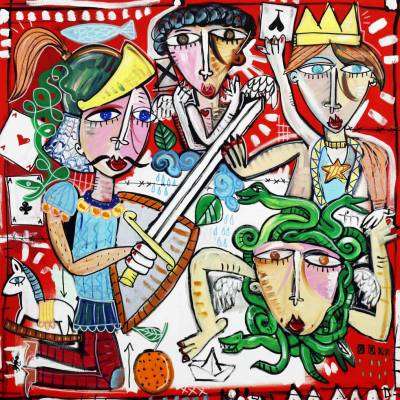 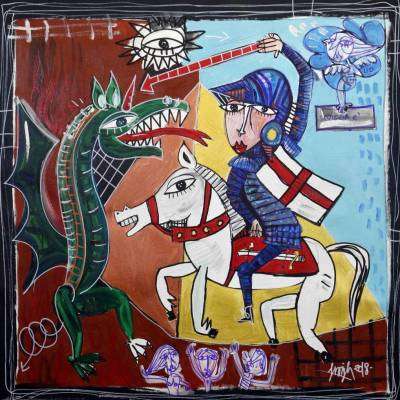 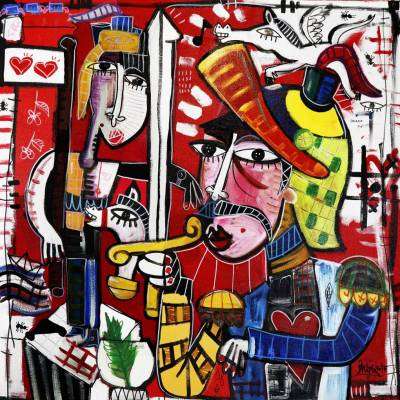 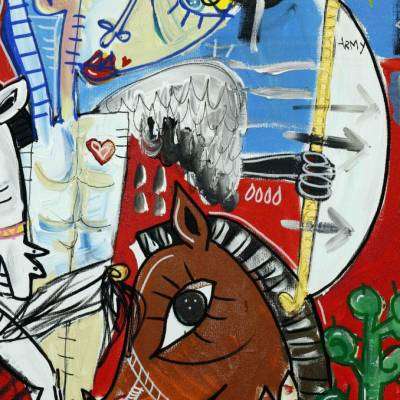 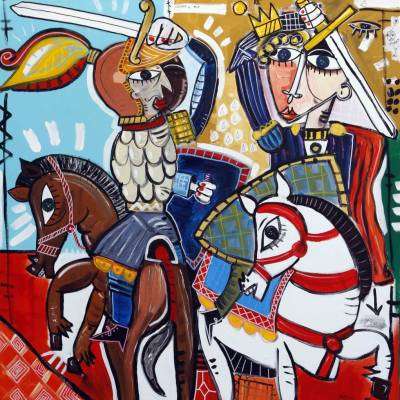 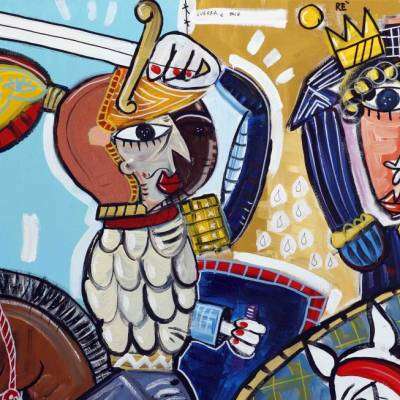 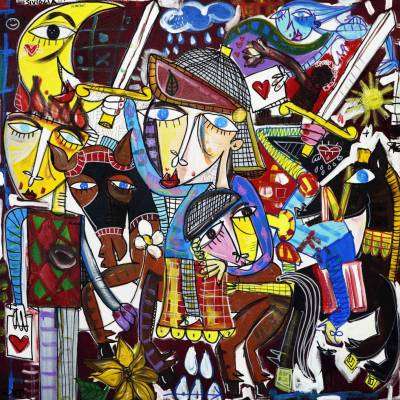 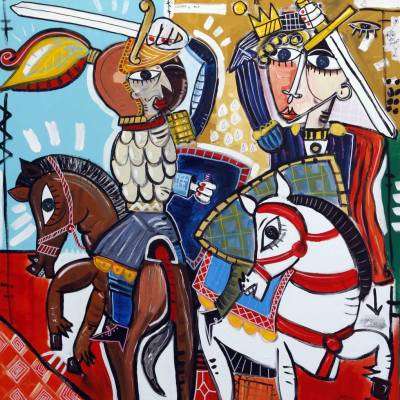 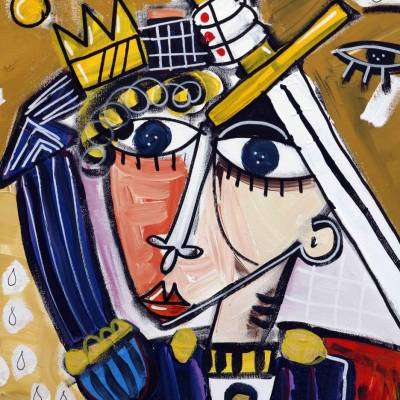 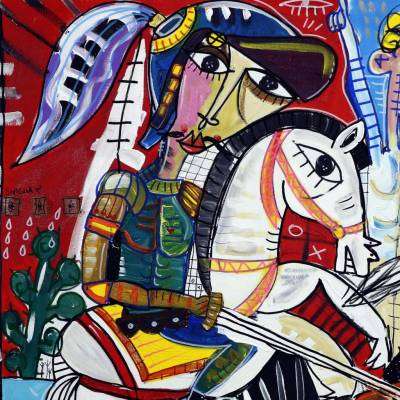 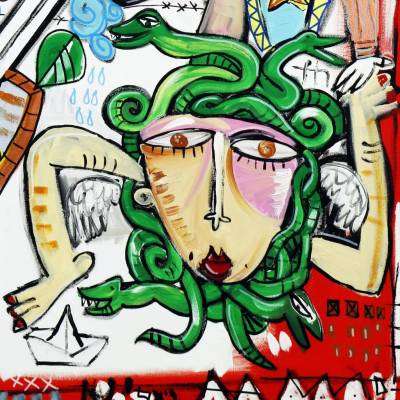 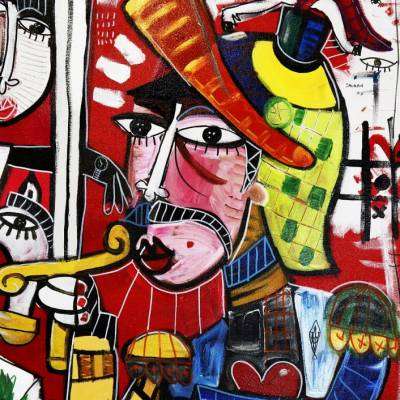 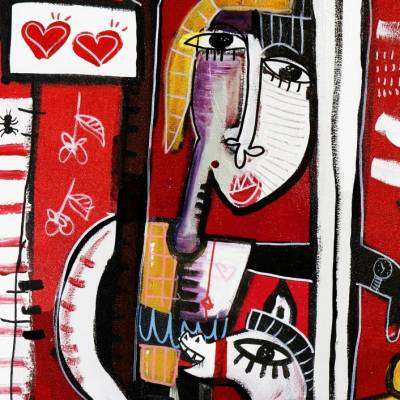