This work was painted with rather dark colors, the background is made of a dark garnet red that enhances the color of the protagonist’s skin, Jesus and his white horse. Jesus who sits on the horse is dressed only with a cloth around his hips, he doesn’t wear the crown – as a symbol of his nobility – on his head, but it rests on the horse’s back. Jesus who renounced to be King, came in poverty and misery. The devil tries to corrupt him, but he achieves nothing, Christs nobility cannot be bought. The nobility of Jesus does not depend on his crown, an offshore account, a precious palace or a 50feet yacht. His nobility is shown in his humility and mercy.
A sacred painting in a contemporary style that transmits light, victory, holiness. 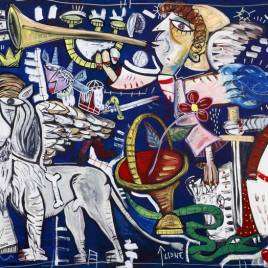 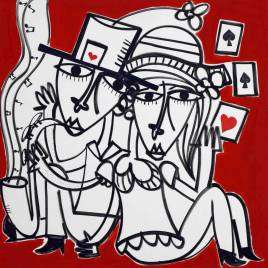 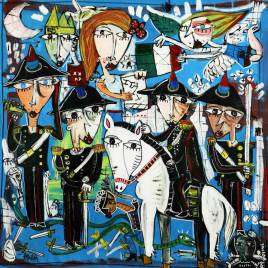 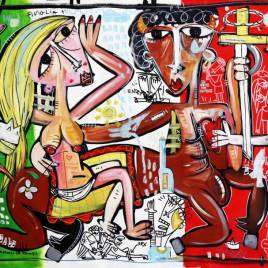